The problem of pleasure - part 1

"So I became greater than all who had lived in Jerusalem before me, and my wisdom never failed me. Anything I wanted, I would take. I denied myself no pleasure. I even found great pleasure in hard work, a reward for all my labors. But as I looked at everything I had worked so hard to accomplish, it was all so meaningless—like chasing the wind. There was nothing really worthwhile anywhere." (NLT) Ecclesiastes 2:9-11

One would have thought that Solomon, after working so hard to get all the good things in life, all the material possessions, all the fame and prestige, his conclusion would be, ‘Wow, this is the life!’ On the contrary Solomon concluded on a note we wouldn't expect to hear: ‘There was nothing really worthwhile anywhere.’ Really? Is Solomon really saying that all the education, all the hard work, all the mansions, all the cars and all the things that give us some happiness during our years on earth are not worthwhile? Is he really suggesting that we bring to an end any utilitarian pursuits and that God is not really interested in our pleasure?

A lot of questions flood the mind of the believer and the sceptic as he reads this text. God indeed wants us to work hard (Ephesians 4:28; 2 Thessalonians 3:10). God wants us to be happy. But come to think of it, in the bible and in life, the people who become truly happy, with no regrets attached, are those who decide to do it God’s way. That is only when we find the true pleasure. To enjoy true pleasure, there are some godly principles we should bear in mind, without which our conclusion will not be different from that of Solomon.

Principle #1: Anything that refreshes you without distracting you from, diminishing, or destroying your final goal is a legitimate pleasure.

We find an illustration of this principle in Judges 7:1-6. Jerubbaal, also known as Gideon, was leading the Israeli army to wage war against the Midianites. Gideon doesn't want to take any chances so he chooses a staggering 32,000 warriors for the war. God says, no Gideon, you have too many warriors. I the Lord, am going to grant you victory but your people will attribute the victory to the might of their military and forget that I did it. So this is what I will have you do. Make an announcement. Any of the warriors who is truly terrified of the war can go home now. The announcement was made and a whopping 22,000 men left the camp leaving behind 10, 000. God says the number is still huge and he designs a test for the warriors. He tells Gideon to lead the men to the stream and in their normal desire to have a liquid refreshment, he will know those who are battle ready. “Only 300 of the men drank from their hands. All the others got down on their knees and drank with their mouths in the stream” (v 6). God says, there you have it Gideon. These 300 men are battle ready; the rest can go home. Why did God turn away 9,700 men just because they decided to have their liquid refreshment in their own special way? No soldier worth his sort will drink water that way. Lowering your head to drink water from a stream means you will be caught unaware when the enemy attacks. God wasn't against their desire to have some pleasure; He was against the way they did it, because it had the potential to distract them from their final goal.

Whose opinion are you worried about?|| More 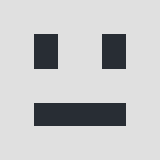 Posted by abebstels on 18 February 2015
THANK YOU LORD BY EASTER BROTHERS
Uncategorized
THANK YOU LORD BY EASTER BROTHERS 1. While the world looks upon me as I struggle along They say I have nothing but they are so wrong In my heart I’m rejoicing, how I wish they could see Thank you Lord, for Your blessings on me   CHORUS There’s a roof up above me I’ve a good place to ...
Continue Reading...
Comments (0) Hits (4198)

2014 vs. 2015 Resolution
Uncategorized
2014 vs. 2015 Resolution - Stand Firm!!!  13As for us, we can’t help but thank God for you, dear brothers and sisters loved by the Lord. We are always thankful that God chose you to be among the first to experience salvation—a salvation that came through the Spirit...
Continue Reading...
Comments (0) Hits (5913)
Posted by Jiloml on 27 December 2014
Cookies make it easier for us to provide you with our services. With the usage of our services you permit us to use cookies.
Ok Decline